Kelmscott PS is located in the eastern suburbs of Perth, approximately 25 kilometres from the city. The school is close to Albany Highway but maintains a quiet semi rural feel due to its proximity to the Darling Scarp and the Canning River.

The school has an enrolment of approximately 300 students from Kindergarten to Year 6. The school is recognised as a ‘school of choice’ and receives a large number of applications for enrolment from families who reside outside our notional catchment area.

Kelmscott PS has a long history, being one of the first schools to be established in the ‘suburbs’ of Perth. In its early days it provided education to children in a wide area as it was the only school in the region. It has been, and remains, an important and integral part of the Kelmscott community and many of our parents and grandparents attended school here. Much pride is taken from this history and it is recognised as an important factor in the establishment and maintenance of traditions and values that guide our progress.

The original school is now long gone and the earliest of the current buildings were erected in the 1960s. Other facilities have been added over the intervening years with the most recent being completed in 2011 as part of the Building the Education Revolution program. The school now enjoys access to a fully enclosed Covered Assembly Area (The Hall); purpose built art, music and science rooms; an area to be developed to support media; and a modern canteen area.

Kelmscott Primary School is an Independent Public School.  This means we have a School Board that better involves the school community in decision making; advertise staff vacancies and manage selection processes; and flexibly manage our school finances and resources according to a One Line Budget that is determined by the Student Centred Funding Model.

As an Independent Public School we sign off on a Delivery and Performance Agreement that requires us to collaboratively develop a Business Plan with staff and community.  This Delivery and Performance Agreement combined with the Business Plan is reviewed every three years.  This review is known as an IPS Review that is a process conducted September 2015 designed to evaluate student achievement, operations and processes.  The School Board, other parents and staff were fully involved in the IPS review.  The IPS Review Report indicate both commendations and recommendations. 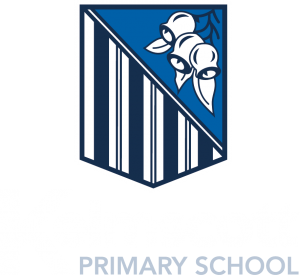